Grosse Pointe North boys basketball team was eliminated from the state playoffs by St. Clair Shores Lake Shore for a second straight year. Last season, the Norsemen lost to the host Shorians in a Class A district championship game and last week they lost 89-81 in a district semifinal at Roseville High School. Poor free-throw shooting, open jumpers not falling […]

Grosse Pointe United freshman Cate Gagnier is the Division 1 state champion after winning last weekend’s Individual All-Around title at the state finals at Rockford High School. She won the title with 37.225 points while runner-up Hallie Roman of Port Huron had 36.550. Gagnier was first on the vault and balance beam with scores of 9.525 on each; third on […] 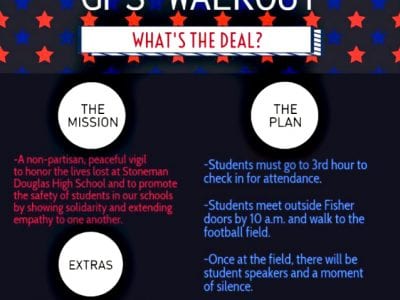 Like other students across the country, Trinity Diehlee, a junior at Grosse Pointe South High School, was inspired to organize something locally after 17 lives were lost in a shooting at Marjory Stoneman Douglas High School in Parkland, Fla., Feb. 14. She created an Instagram account, GPS Walkout, as a “non-partisan walkout on March 14 to honor the victims of […]

GROSSE POINTE SHORES — Deeplands Development Co.’s appeal of the Shores’ rejection of its preliminary plat could be one step closer to resolution. Third Circuit Court Judge Craig Strong called an in-chambers conference Tuesday, March 6, and ordered both parties to discuss if a settlement can be reached before a settlement conference scheduled Thursday, April 12. DDC purchased the property […] 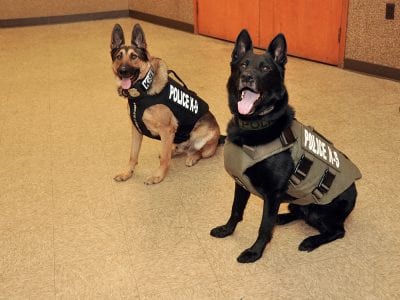 To the dogs: Shores woman gives big to K-9 units

A newspaper article asking for help four years ago kicked off a desire in Sharon Peters that has only grown stronger. Peters, a Grosse Pointe Shores resident, perused the Grosse Pointe News while waiting in her car for her grandchildren. An article about the Grosse Pointe Farms K-9 unit piqued her interest. “I read that the Farms police department was […] 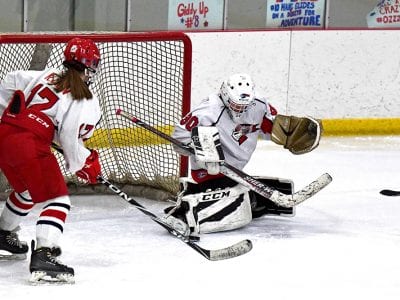 Grosse Pointe South girls hockey team continued its mastery of the Michigan Metro Girls Hockey League last weekend, winning the Division 1 state championship with a 2-1 win over rival Bloomfield Hills Cranbrook Kingswood. The Blue Devils are the most successful girls team in league history and this title makes it more than a dozen. “We have had a habit […]

The University Liggett School boys basketball team played one of its best games of the season last week and it came at the perfect time. The Knights faced Mount Clemens in a Class C district first-round game at Warren Michigan Collegiate High School. The Bathers featured a tall lineup, which on paper would give the smaller Knights trouble. The Bathers […]

Peter Cottontail soon will be busy hiding eggs around the area’s municipal parks — and studying for his pilot’s exam. Each Pointe has its annual Easter Egg hunt slated to take place the next week or two. While most of the Pointes have decided to run traditional hunts, the Park is looking toward the sky for its yearly sugar rush. […] 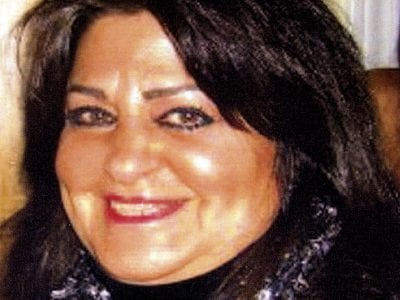 FLINT — U.S. District Judge Linda V. Parker reached an opinion on the civil lawsuit filed in 2014 by the family of JoAnn Matouk-Romain, the Grosse Pointe Woods woman who disappeared the evening of Jan. 12, 2010, following a service at St. Paul on the Lake Catholic Church in Grosse Pointe Farms. Matouk-Romain’s body was found March 22, 2010, in […]

Support for students or pushing an agenda?

Some in the Grosse Pointe community are not happy with the district’s support of the March 14 student walkout. They view the event as a political protest tied to a national gun control agenda and orchestrated by liberal groups. Other concerns have to do with opening the district to potential lawsuits, using students as pawns to force a political agenda […]