What to binge next? Streaming sites offer endless options, but opinions vary on what series is best 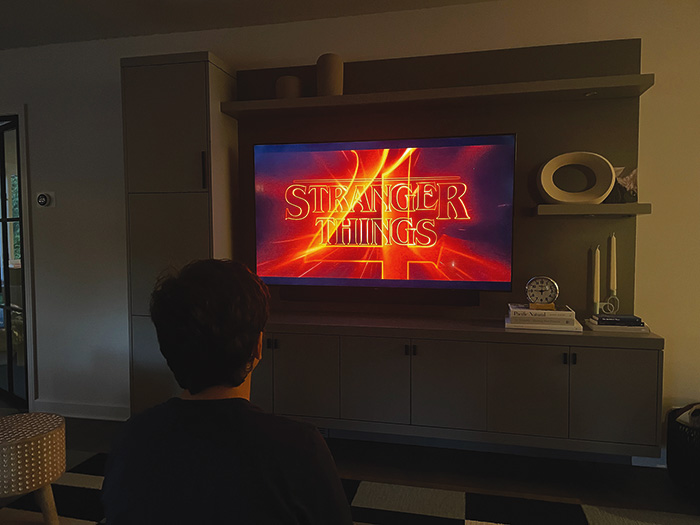 With all the extra free time we have on our hands during the summer months — or even when we don’t — we somehow manage to find time to binge at least a few TV shows.
But the truest sign that says you are finding it nearly impossible to peel your eyes away from the TV is receiving the “are you still watching?” notification on your screen more than a few times in a single day.
Last week, the Grosse Pointe News asked its Instagram followers to choose their favorite summer series among four shows: “Stranger Things,” “Peaky Blinders,” “The Summer I Turned Pretty” and “Love Island.” 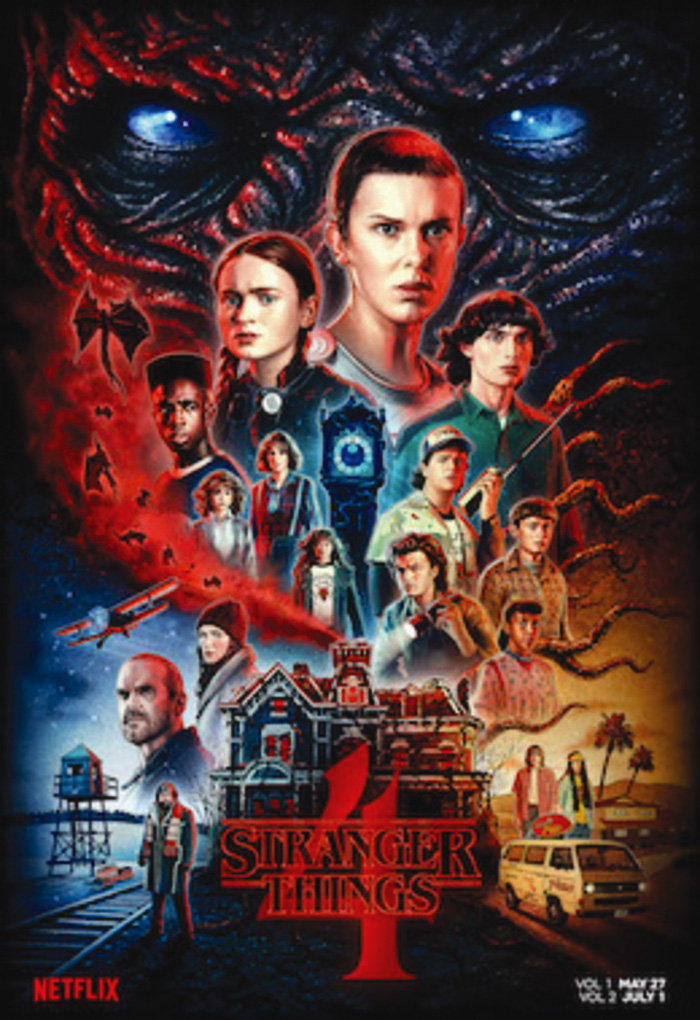 Not shockingly, “Stranger Things” took the cake, receiving 51 percent of the votes. The show, which takes place in 1980s Indiana, follows a group of young friends who come into contact with supernatural forces and dangerous government experiments. Consider it part sci-fi, part action thriller, with ample doses of humor and ‘80s awesomeness in fashions and music.
Netflix released this much-anticipated fourth season in two parts: The first seven episodes came out May 27, the last two July 1. The season made the series the second Netflix original to cross the 1 billion hours-viewed benchmark, with a whopping 1.15 billion hours watched between the two volumes combined.
We asked Louden Fuchs of Grosse Pointe Woods, one of the many “Stranger Things” voters, a little bit more about what makes the show so special. Giving it four out of five stars, Fuchs feels as though it is one of the most unique series he has ever watched.
“It is a great show, loaded with a star-studded cast, that always keeps you on your feet,” Fuchs said.

“The Summer I Turned Pretty” 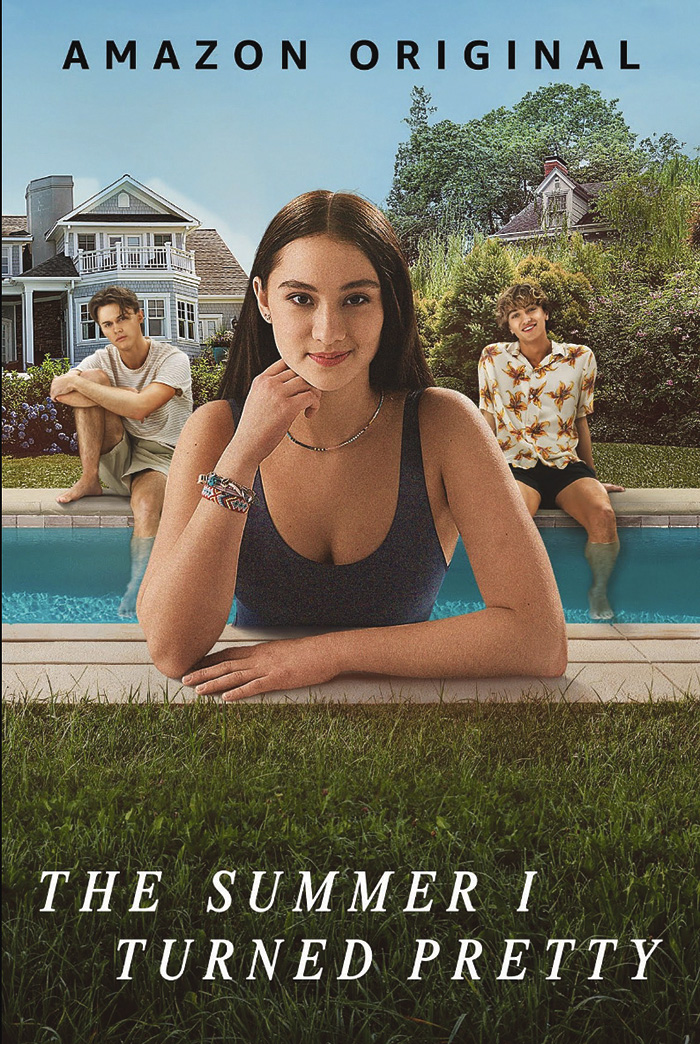 Coming in second was “The Summer I Turned Pretty,” with 23 percent of the votes. Found on Amazon Prime Video, the series is based on the novel series of the same name written by Jenny Han.
The first season premiered June 17, following a girl named Belly Conklin. Each summer, she travels to Cousins Beach with her family, her mom’s best friend and her two sons. Belly finds herself in a love triangle with the two brothers and is forced to deal with love and heartbreak all in the span of one summer.
As someone who has always loved romance, “The Summer I Turned Pretty” voter Claire Zurowick of Grosse Pointe Park had to watch the show after reading the first two books of the series. She rated the show a four out of five stars.
“My favorite character is Belly, because she is sweet and silly and has an attitude,” Zurowick said. 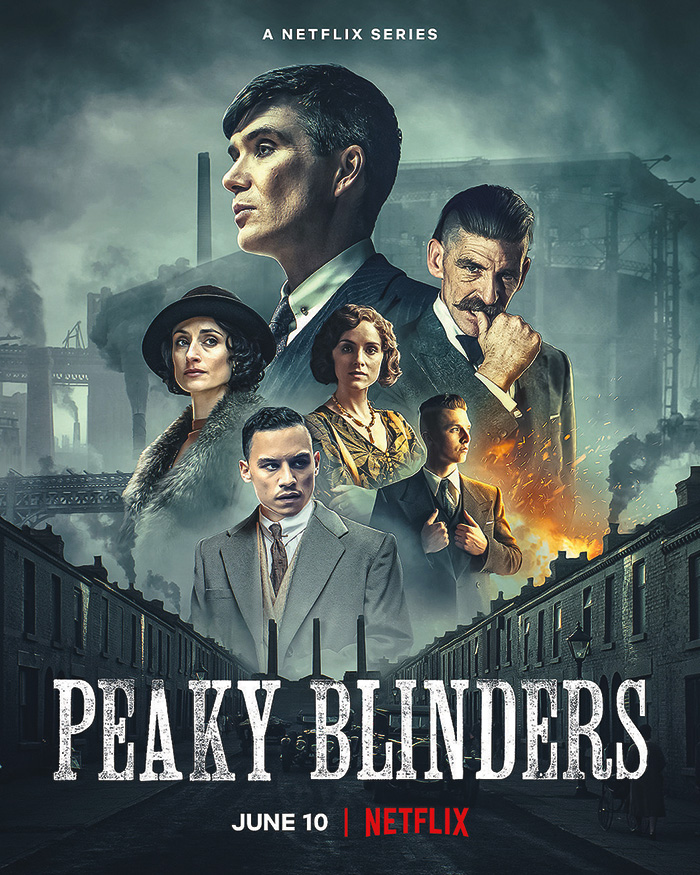 “Peaky Blinders”
With 15 percent of the votes, “Peaky Blinders” was the third most binge-worthy series on our list. This British show released its sixth season to the U.S. June 10 through Netflix. The show is set in 1900s England during the aftermath of World War I. Viewers follow the Peaky Blinders, a powerful street gang run by returning war hero Thomas Shelby and his family. The gang’s nickname comes from a tam-like hat worn by its members, with a signature razor blade hidden in its lid.
Although he has not finished the series in its entirety, “Peaky Blinders” voter John Hunter from Grosse Pointe Park said he can’t wait to start the final season. His favorite character is Arthur Shelby, Thomas’ brother and right-hand man. This may be one of the best options to binge watch, as Hunter believes it is deserving of a five-star rating.
“The show has both great writing and a great storyline,” Hunter said. 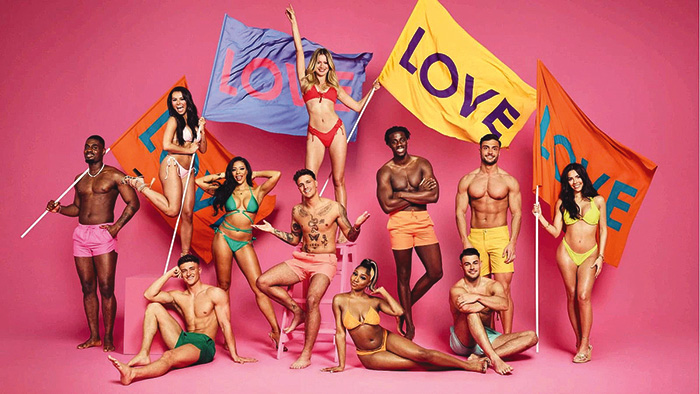 Taking the fourth and final place was “Love Island UK,” with 12 percent of the total votes. This show premiered in 2015 and released its eighth season June 21.
The series is available on Hulu and new episodes air Tuesdays through Saturdays up until the season finale, which is set to air in the U.S. Tuesday, Aug. 16.
“Love Island UK” is a reality romance program that follows groups of British men and women, usually in their 20s, who share a beautiful villa in Majorca, Spain. The choice of which islanders (contestants) stay in the villa is up to the British audience.
To avoid being eliminated from the competition, the contestants “couple up.” However, some eventually have to be voted off and fresh islanders move into the villa. The producers throw twists and turns at the contestants, and multiple re-couplings happen. The last couple standing wins £50,000, equivalent to nearly $60,000 U.S.
There is also an Australian and U.S. version of the show, but “Love Island UK” voter Robin Bliss of Grosse Pointe Park said the UK production is by far the best. She feels it is a reality show like no other, with real people and natural humor, giving it a five-star rating.
“The easygoing nature paired with the British slang and the show’s narrator makes it something that I find myself laughing along with and having a genuinely good time watching,” Bliss said.
Time to catch up
If you missed out on any of the shows that had everyone buzzing these past few months, don’t worry. We have a few favorite must-watches to add to your list if you haven’t gotten around to them yet, including “Ted Lasso” (comedy), “Emily in Paris” (romantic comedy), “Inventing Anna” (drama), “Bridgerton” (regency romance), “Ozark” (crime drama/thriller), “Selling Sunset” (reality) and “Manifest” (drama).
Ones to watch for fall
On the other hand, if you’re all up to date, “Umbrella Academy” is one of the newest to watch. Season three released June 22 on Netflix.
All episodes came out on the same day, which is good news for binge-watchers. The show is based on an old comic book series by Gerard Way. Following their father’s death and the threat of an impending apocalypse, a flawed family of adopted sibling superheroes come together to solve mysteries.
For your fall planning, other upcoming shows releasing to Netflix include, “Never Have I Ever” (Season 3), “Mo,” “The Crown” (Season 5) and “Wednesday.”
We are excited to see which ones will keep us glued to our screens — and couch. Tell us what you think at media@grossepointenews.com.