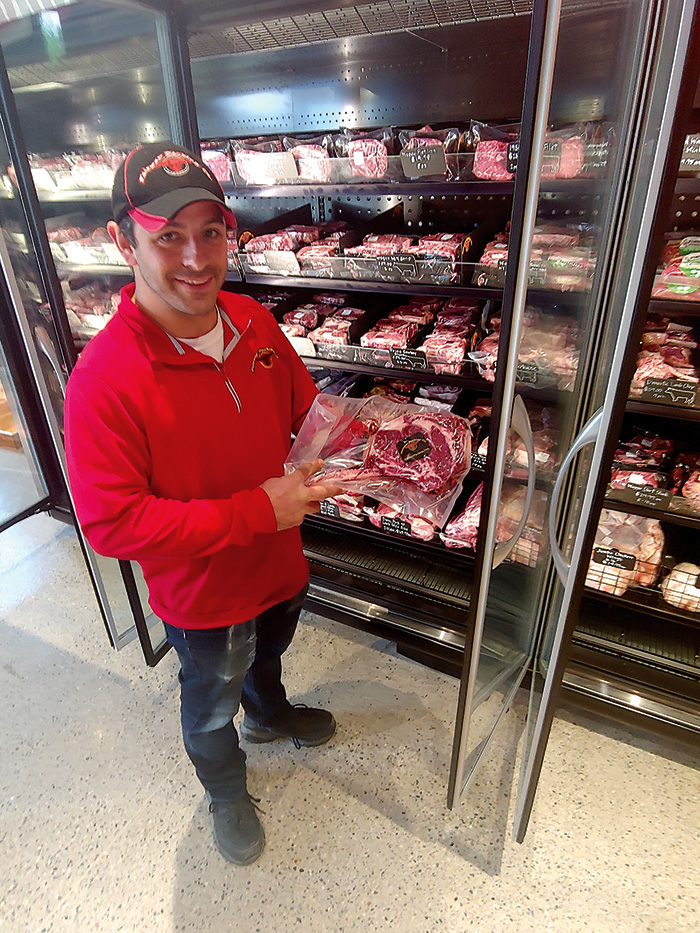 GROSSE POINTE WOODS — Looking for some grilling inspiration this summer? Check out the Steak Shop by Fairway Packing Co.
The retail store, 20877 Mack, which opened in late May, is the first such venture by Fairway Packing Co., a wholesale meat distributor at Eastern Market that opened in the early 1980s.
“We wanted to do our first store in Grosse Pointe because this is home to us,” co-owner Emmet Baratta III said. “We grew up in this area and still live here. The response so far has been great. A lot of repeat business. We’ve had one guy who’s already come in five times.”
The store sells high-end fine cuts of beef — including Wagyu — lamb, pork, chicken and some seafood.
“Everything we sell is based on what we do wholesale for the best chefs and finest restaurants in Michigan,” Baratta said. “We specialize in dry aging and grind custom recipes. Nothing is mass produced. When you eat it, you know it’s special.”
Baratta said the store’s motto is, “Inspired by chefs, built by butchers.” The countertops in the store are made of butcher block and an accent wall is made to look like blocks of Himalayan salt, which is used in the dry-aging process. Knives and cutting boards are used as decorations.
Also for sale are specialty hamburger and hot dog buns, seasonings and marinades.
“You won’t find any produce here,” Baratta laughed. “You want that, go to Village Market.”
The Fairway Packing Co. name is an homage to the family patriarch, Emmet Baratta Sr.
“Our grandfather built one of the first houses on Fairway Drive back in 1956 and raised his three sons there,” Baratta said. “He was in the meatpacking business for decades.”
Those sons, Gene, Emmet Jr. and Joe, are now retired from Fairway and their sons run it.
That includes Gene’s son, Emmet III; Joe’s sons, Gino and Joey; and Emmet Jr.’s son, Peter.
Like many business shifts over the past two years, the retail store came about because of the pandemic.
“I was watching the news back in March of 2020 and over the weekend Ohio and Illinois announced shutdowns,” Baratta said. “Sure enough, Monday morning Michigan did the same thing. After about 20 minutes of hyperventilating, we sat down and talked about what to do. We said we’re not going down like this. Our family has worked too hard and too long.”
Chefs and restaurants around the state were calling to cancel orders and return recent shipments.
“We told them to sell what they had to customers, to put together butcher boxes,” Baratta said. “We also went online to consumers and started selling our own butcher boxes. All of a sudden, our phone is ringing off the hook. The restaurants kept ordering and selling butcher boxes and we’re getting orders from people all over the country.” 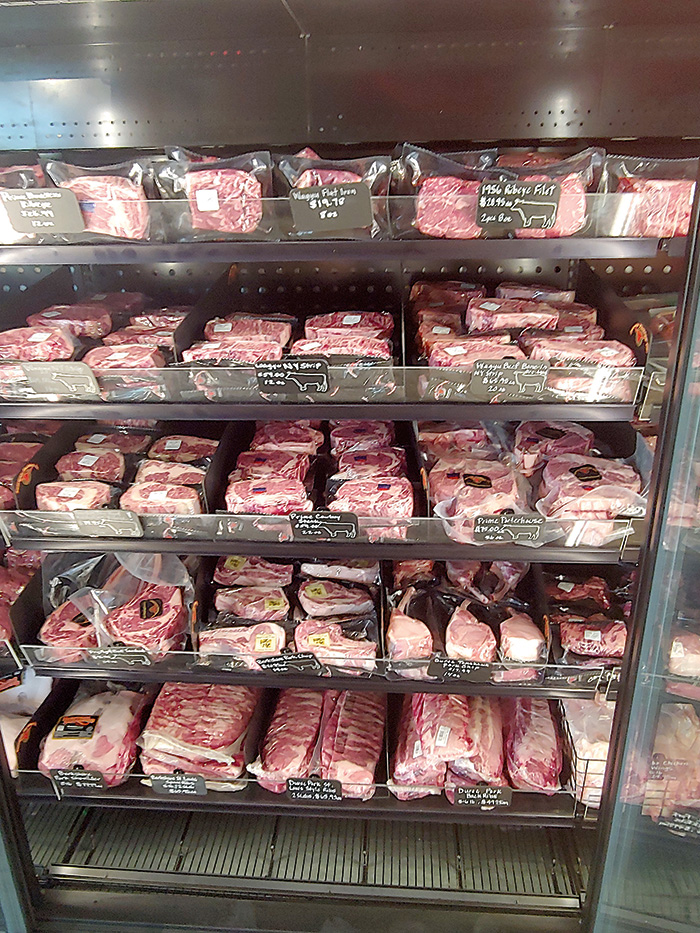 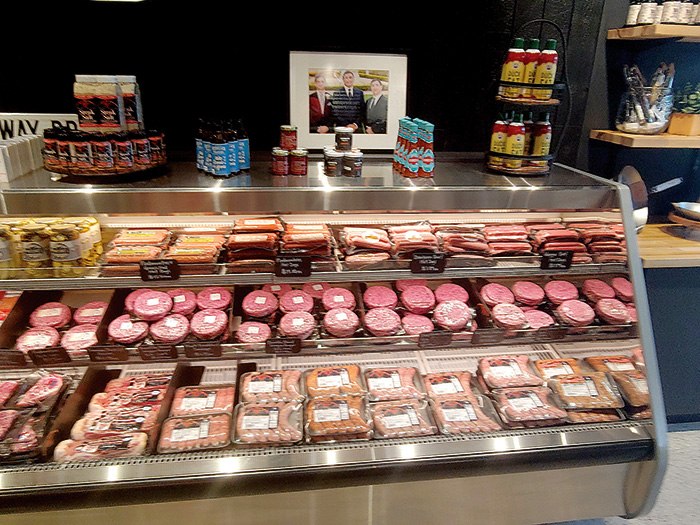 One person, who Baratta could not name, even sent a private jet from Florida to pick up “a couple hundred steaks.”
The cousins also were bringing orders home for friends and neighbors.
“Our wives were all in favor of a retail space,” Baratta said. “They were sick of our garage fridges being filled with orders.”
Summer hours are 10 a.m. to 7 p.m. weekdays, 10 a.m. to 5 p.m. Saturdays and 10 a.m. to 3 p.m. Sundays.
“We’re not sure what our winter hours will be just yet, but we do plan on putting on some demonstrations,” Baratta said.
One includes a class on sous vide — French for “under pressure” — which involves cooking meat that is sealed in a plastic bag submerged in water and cooked at a set temperature. Another will be a class on pairing particular types of wine with various cuts of beef.
Call (313) 332-5114 for more information.